My field of conflict resolution seems to have exploded lately with workshops to help people deal with racism and bias. Believing that this is a critically important focus these days, and wanting to answer the call, a Hispanic colleague and I have facilitated several workshops for agencies, nonprofits and others. We help attendees (usually a mixed group of White and People of Color) tell their stories — stories that reveal the power and dynamics of historical trauma, unintentional bias, institutional racism, and more. Hopefully, these sessions are enlightening, provocative, and lead to more awareness of how to deal with each other in these volatile, divisive times. But the real learning comes from our own experience and a willingness to examine what lies within us.

And so, here is a story… 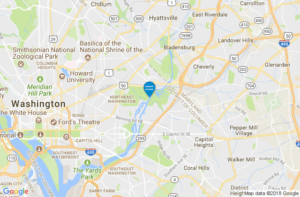 Washington DC was gorgeous. Late July, not too hot, clear skies, slight breeze. My work ended a day early and I was in the mood for a little nature after all those buildings and monuments.  I heard the lotus blossoms were in full bloom at the Kenilworth Aquatic Gardens and grabbed a cab from my downtown hotel. The driver had apparently never taken anyone there before, but I showed him the address on my phone and we took off, through downtown, brief stretches on highways, in and out of neighborhoods. I saw the signs fly by – Kenilworth Avenue, Anacostia, Baltimore, etc. – and luxuriated in the cocoon of the cab, not needing to know anything of where I was.

Eventually the driver pulled up to the curb on Anacostia Avenue, pointed to the tree-lined path to the visitors center, and asked, “How you gonna get back? Gonna be hard to get a cab out here.” I had a ready answer. I would take the metro. Good exercise. Gorgeous day. He looked dubious, took my money and drove off. 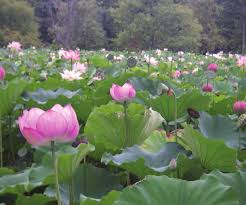 The gardens were spectacular. Acres of ponds covered with lotus and lilies, winding paths, pedestrian bridges, resting spots with benches. It was pleasantly crowded with all sorts of people – families with small children, older couples with older dogs, groups of women, running teenagers, lone photographers. I enjoyed the diversity of ages, races, and energy levels, all having a wonderful time in nature.

After an hour or so, I decided to head for the metro, and pulled up the route to the station on my phone. Fully refreshed and in a state of lotus bliss, I set out, phone in hand.

I walked two blocks along Anacostia Avenue and was struck by how quiet the neighborhood of small houses and 2-3 story apartment buildings was. No one was out on this Friday. No kinds on bikes, no cars passing by, no strollers, no dog walkers. I turned left and continued on in silence…until…

“Help me! Help me! I need help! Call the police!” I turned around and saw an African American woman running across the grass from an apartment building set back from the street. I looked around for someone else that she might be aiming for. No one. Just me. I slowed my pace, turning to look over my shoulder. She continued to scream and was getting closer.

I considered walking faster, even running to get away. I was afraid. I looked around again for someone else, anyone, who could help or at least witness what was about to happen. My inner voice was getting stronger. Was this some kind of scam, set up to rob me? Was there someone behind that bush over there that was going to jump out when I stopped and attack me? Would there be a headline in the local paper tomorrow: “Ignorant Tourist Falls Prey to Violence”?

But there was another voice running through me just as strong. Maybe something really happened to her, or maybe not, but in any case she is hysterical, panicked, and I am the only one here. I can’t turn my back on her. She’s a fellow human being and deserves respect and assistance, not suspicion and neglect. By this time the woman was within feet of me. She was many inches taller than me and outweighed me by at least 50 pounds.

“Call the police, please! Look I’m bleeding!” She touched her scalp and showed me a small amount of blood on her forefinger.

The two voices warred in my head: “Ha! See? She’s not really hurt. That could be a mosquito bite! Get out of there fast.” On the other hand, “Who am I to say what kind of hurt she has suffered? There are all kinds of injuries, physical and emotional. She’s hurting.”

She was reaching for the phone in my hand. In a moment of clarity I made my choice. Turning to face her I said “I am going to keep the phone. I’ll call for you.”

I dialed 911, for the first time in my long and privileged life, a fact not lost on me.

What followed was a way too long conversation in which the operator wanted to know what the emergency was (I’m with a woman who was attacked), where I was (I don’t really know. I’m two blocks from the Kenilworth Aquatic Gardens), was I in DC or Maryland (I don’t know. Can’t you look up the Kenilworth Aquatic Gardens on GPS or something?), what was my name and phone number, what happened, what was she wearing, (burgundy tank top and black tights), and again, where were we. My victim had become quiet and stood by patiently as I became more and more overwrought, the warring voices still at it in my head.

“I don’t know where I am. I am old. I am a tourist from New Mexico. I came to see the lotus blossoms in the Kenilworth Aquatic Gardens. I’m walking to the metro and this woman needs the police. That’s all I know.” I finally held the phone up to the woman and said, “Tell her where we are.”

“OK, they’re on the way,” the operator said wearily.

I told the woman the police were coming and that I was going to the metro station. She said thank you and I said good luck. I crossed Kenilworth Avenue, a busy street with a bar, a café, a little grocery, and a few people. Then another deserted neighborhood and finally I reached the station. The entrance was a pedestrian tunnel, long and dark. I still had not seen another White person since leaving the gardens. The voice popped up: “now you’ve had it, they’re waiting for you in that tunnel.” But I was not going to crumple now. I marched forward. At the tunnel entrance, an African American woman in a security uniform came up to me.

“Honey, what are you doin’ here?” she said incredulously, but with a smile.

“Of course you are,” she said. “And I’m going to help you.” She took me by the arm and walked me through the tunnel, helped me buy the ticket and ushered me up the stairs to the right platform. I was so grateful and told her how kind she was. I was the one needing help, and there she was, like an angel.  The train came and in a few minutes I was back in downtown DC.

I have replayed the experience over and over, and here is what I think.

12 thoughts on “Lotus Blossoms and Racism”