Much of my work as a mediator involves the question of who owns what. Who owns the water in the river? How much can they divert and at what time during the year, even during the day? These are conflicts that can lead to blows and/or end up in court. Who owns the right to a piece of public land and for what purpose? This raises questions of who is the public – ranchers, loggers, hikers, birdwatchers? — and how multiple users can share the resource without clashing.

But there are other kinds of property clashes that are more thorny and for me more intriguing.

Around 1990 I facilitated a meeting that I still remember vividly because of the passion and the honesty on both sides. It’s funny how I can forget glorious moments of technical prowess on one side of the table or a critical legal argument that swung the day. What sticks with me are human encounters like this simple discussion between National Park Service archaeological staff and several Native American tribes. The Park Service wanted to talk openly in a safe environment with tribal representatives about legislation that was working its way through Congress. It was the Native American Graves Protection and Repatriation Act, now known as NAGPRA. Tribes had been lobbying for decades for the right to determine the final disposition of skeletal remains, cultural artifacts and sacred objects of all kinds found on public lands and put in the curatorial hands of federal agencies. These items were taken from their homelands and displayed in museums, visitor centers and universities all around the country. Now it seemed there would be a legal process for their return. The Park Service wanted to better understand how this could be done.

The answers were as diverse as the tribes. It depended on tribal beliefs, the particular item, the time and location of discovery, its journey since being uncovered, the position of the current tribal administration, and many other factors. Some tribes wanted their 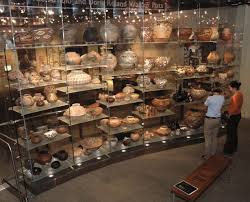 artifacts and skeletal remains returned as quickly as possible, and in a respectful manner prescribed by the tribe. Others felt that their items had been contaminated by being removed, housed, and displayed or stored in alien hands, and that their powers and significance were gone, or worse, had been perverted and would bring harm if returned. Their view was “you wanted it so badly, now it’s your problem.” For items that would be returned there were serious questions in some cases about who that recipient should be – tribal religious groups or tribal governments, or individual family members whose ancestor created or used the object? And what if the tribe no longer exists, or what if more than one tribal group claims ownership? We discussed all these challenges thoughtfully, in the spirit of mutual education; there was no pressure to convince or win over the other side.

And that is probably why a Park Service archaeologist had the courage to say what she did. She loved her work and took very seriously the responsibility of preserving and caring for the objects that she had in her visitor center. Her anxiety about NAGPRA was that many very significant objects would be returned to tribes who would make choices about their care that would result in a loss of the object. Tribal members had suggested that many things that had been buried would be reburied, for instance, and these objects, she said, would be lost. Scientists and anthropologists would not have access to remarkable clues into the past, into another culture; the public would not have the chance to learn about these cultures. She was sad about this. She wasn’t arguing, she was simply expressing how she felt at the dawn of NAGPRA.

As she continued talking, she raised the example of the Elgin Marbles (statues from the Parthenon that were taken by Lord Elgin in the 1790s and given to the British Museum). The statues are still in the museum in spite of efforts to have them returned to Greece. The statues would likely have been destroyed by wars and rebellions, defenders say. The Park Service employee concluded by saying that she was glad that those statues had been preserved, but she guessed that they should be returned to Greece. Of course, she would return what tribes wanted back, but wasn’t it possible that those items would be better curated in federal hands?

I expected an outburst of some kind from the tribal side, but such was the spirit in the room that she was answered with respect and even kindness. The decision, said a tribal member, should be up to the tribe. Maybe some would chose to leave the object where it is , but if a tribe felt it was important to rebury  it, or put it back into use, or destroy it in some way, that should be their decision. She understood and agreed; the tribal representatives understood her deep caring for the objects.

I wish this spirit were present in the current conflict between Acoma Pueblo and Peter Nabokov, the author who has recently published “The Origin Myth of Acoma Pueblo.”  The Pueblo is offended that they were not given the manuscript to review prior to publication. This is their cultural intellectual property, they say, and they are the rightful curators of it. Nabokov points to the fact that the myth was already published decades ago and that it is now public property. There are differences in the two sides’ stories about communications, promises and outreach to the Acoma Pueblo Council. I don’t know how this will play itself out. Nabokov is now in contact with the tribal council and he and the council have agreed not to make their discussions public, which I think is very wise.

Parallels with the repatriation of sacred objects are interesting. Those defending Nabokov’s right to publish the myth may claim that the world has the right to know everything, that all knowledge should be available to all.  For me this is a gray area. Of course I want to know about threats to my health, about the history of Japan, about how a car engine works, about who won the Oscars.  But then there is knowledge that is not critical to our well-being and that we do not all need to know, and that certainly includes the Acoma origin myth. In this case, I have to come down on the side of “do no harm.” For Mr. Nabokov’s sake, I wish he had been more thorough in his communications with the Pueblo; it may be a case of assumptions, and as I have found out the hard way, they are very risky in cross-cultural matters.