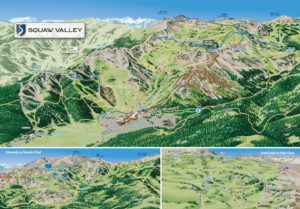 The West is riddled with place names that are offensive to Native Americans. There is Squaw Peak, Squaw Valley and hundreds of others scattered about the landscape. At the request of Arizona tribes the Forest Service is taking on the task of changing place names that contain the word “squaw” on Forest Service lands in that state. This is not an easy task.

Geographic place names are designated and changed by the US Board of Geographic Names through a strict process that is initiated by those living in the area. The Board does not choose the name; they simply verify that the name they assign for official maps and records is supported locally. In the case of the “squaw” named features the Board is authorizing tribes within a certain radius of each feature to choose a new name. (If they fail to reach agreement on new names, the old “squaw” names will remain.)

Enter the mediator. I will be gathering interested tribes together in coming months to take on the job of renaming geographical places. Of course, these tribes already have their own names, probably in their own languages, for these places. The names may refer to some specific characteristic, like color, shape, size, vegetation, etc. Or the names may commemorate an event, from legend or history, where something significant happened. Or, they may honor a fallen hero, a mythical figure, a great leader, etc.

There was an effort several years ago to replace the “squaw” names, but the only names that the tribal groups could agree on were the lowest common denominator names, like “Tall Mountain,” “Green Valley,” “Flat Mesa.” They could not support any tribe-specific nominations, and the effort was abandoned.

Frankly, I am not sure we can do any better this time, but here is my hope.

We will gather the tribal leaders together in the shadow of one of the “squaw”-named features. Each leader will offer to the others the tribe’s name and the story behind that name. He/she will talk about its significance to the history and culture of the tribe, describing the heroic feats of a leader of the past, or the religious importance of the sacred plant that grows there, or the belief that this mountain or river or forest is a living being. No one will reveal culturally sensitive information that should remain with that tribe only, but as much as possible, the story and its power will be shared in the group.

I am hoping that the group may be moved by a colleague’s story and may be able to accept a name from another tribe. That story, the depth of the significance for that tribe may prevail. Theirs may be the most compelling and the group may be able to support the name change. I know this paragraph is full of “may”s, and I admit that this is a dream that may not become a reality.

But I take courage for this risky approach from the experience of a friend. He and his neighbor had decided to erect some kind of boundary between their yards. They were amicable, but not close friends, and each had certain reasons for wanting to block the view of the other’s yard. My friend wanted a traditional New Mexican goat fence (rough-cut sticks lashed closely together, usually 8-10 feet high). The neighbor wanted an adobe wall. They agreed to split the cost. The wall would be a little more expensive. The two sat down to negotiate. In the end, my friend agreed on the wall. When I asked why, he said, “I wanted the fence, but in the end I realized that he cared a lot more than I did. For him it was more important to have the wall than it was for me to have the fence.”

I have remembered the “who cares the most” rule and have tried to follow it when I can. Of course letting the one who cares the most have his way is not right for every situation. But I’m hoping that we can bring a bit of that spirit to the negotiating table in Arizona. If we listen carefully and with a generous heart a story may rise to the top and the squaw name will be replaced, officially.

26 thoughts on “Who Cares the Most”