Last month’s post “Anglo Sisters” brought a comment I was not expecting.  After taking liberties with women from Texas, I was sure I would get a response or two from that corner, but not a one. Instead I received a thought provoking message from a cousin. She and I share a great great grandmother who was Dakota and Ojibway, and she began with a question: How do you think your ancestors would feel if they knew that you were totally denying your Indian heritage?

I was stunned. I would never deny that heritage. I honor and treasure it, and share it when appropriate. Did it occur to me to mention it in “Anglo Sisters”? No. That was a story about identifying with a culture that is not yours, and learning to identify with the one you were born into. I identify myself as Anglo, I was raised Anglo, I am seen as Anglo, I have had all the advantages of being Anglo. I am not hiding all the other ancestors that contributed to my particular being; they are making themselves known in ways I cannot imagine.  But most of the time the fact that I have an Indian great great grandmother is not relevant. And especially here in the southwest I am hypersensitive to the danger of appearing to be part of the “wannabe” tribe, those who have a trace (or not even) of Indian blood but who “wannabe” native and masquerade as a tribal person.

So, end of subject? Of course not. I continue to muse on this question of who we are, who we appear to be, and how to be honest with ourselves and others. Why did it not occur to me to mention my Indian ancestor in “Anglo Sisters”? Was I really in denial? Did I sacrifice the truth of my identity for the sake of a good story? I can defend myself on all these points, but still the questions are worth asking.

I also muse on, and am amused by, the way people pick and choose their ancestors. When I was a teenager a relative told me that “we” were related to Charlemagne. I was studying world history at the time and thought that connection was pretty cool. And then I got to thinking about the enormous number of ancestors I must have – really countless if you go back 1200 years to the time of Charlemagne. How curious that one out of that multitude survives in my family lore. What about the pickpockets and the murderers, the poor and the hardworking, the ordinary and the boring? I know they are there in the thousands.

And then, to further complicate things, along comes Rachel Dolezal, the white woman who has been passing as Black. She has chosen to be Black, and her commitment and passion are not to be argued with. But I can understand how offensive this is to African Americans. As a mediator working in all kinds of cross-cultural contexts, I have learned that what people want most is to be heard. They want to know that the listener cares, respects what they are saying, and maybe even empathizes. They don’t want you to become them, they want you to understand them. If you try to understand another culture by taking on the trappings – wearing the headband and beads, curling the hair and darkening the skin – it is trivializing that history and legacy, tossing aside what it really means to live that life, to carry that identity through generations.

I am reminded of other wannabes, like those my husband encounters from time to time. He is a Vietnam combat vet and occasionally runs into someone of the same age group who is posing as a brother in arms. A few key questions and the person is outted as a pretender.  This is very hurtful to those who earned their membership in that group legitimately and with great sacrifice.

I’m sure there are many more examples, but I will let you ponder them yourself. At this point all I can say is that neither hiding your identity nor taking on that of another is a healthy option. And one more thing: we are all – or at least most of us – completely mixed up biologically, and in some cases psychologically as well.

And back to my cousin. We had a dialogue on the subject and this was her conclusion in her last email.

I do think that discussions are needed, about race, and racial identity. And ethnic identity, too. But I cannot bring myself to comment on anyone else’s self-identification. The world is made up of lots of “quirky” people. Some are pretty odd. And I think that kindness is the best way to approach our differences. 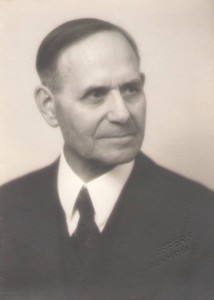 And, here is my much-loved grandpa, Nelson Honoré Boulet, whose mother was part Objibwe and Dakota and whose father was a French Canadian lumberjack. He had to drop out of school in the 6th grade but loved learning, spoke French and Norwegian, and was teaching himself Spanish when he died at 102.